You are here:Home Discussion Self-Publishing Stigma: Let’s End It!

My fellow indies, we have a problem.

Before I climb atop my trusty soap box to expound on my feelings about this problem, I need to make something really clear.

Like other indies, I’m not a fan of self-published authors who walk around with a chip on their shoulders, constantly bemoaning the “gatekeepers” and other fictitious publishing trolls who exist solely to crush authors’ dreams for sport.

Okay, I lied, Sharktopus is TOTALLY real and you should NEVER go in the ocean EVER.

Those characters don’t exist in real life, and using them as an excuse to not push on with our careers is as pointless as citing Sharktopus as a reason for not going into the ocean.

But real people do exist who are still clinging (foolishly and ignorantly) to the stereotypes and stigmas of self-publishing. As such, they are missing out on some great authors and novels, which in turn does a disservice to their clients and readers.

It’s about time they stopped.

Recently, while researching my marketing plans for the fall, I discovered a Southern Fiction review magazine seeking up-and-coming authors and books to review for their publication. Scanning over the submission requirements I was ticking them off one by one, growing more excited at the possibility of submitting my book for review, when I reached the final line on the page:

While we applaud the efforts of all writers, we do not consider self-published works for review.

It’s 2012. We’re going on our fourth straight year with more self-pub titles in the market than traditionally published titles. And while I completely acknowledge that not every indie book is a gem, trad publishing has put out more than a few floaters as well. *ahemfiftyshadesahem*

Last year I got the chance to see one of Southern Fiction’s living gods, Pat Conroy, at a speaking engagement in St. Augustine. He told the story of his first book, The Boo, and how he had to pay a local printer to publish the book because he couldn’t get the support of an agent or publisher in New York.

In other words, he self-published.

And you know what? He sold every copy and made back every cent he paid to print the book.

But this review magazine would have passed on reading it, without knowing anything about it other than the fact that it was self-published. 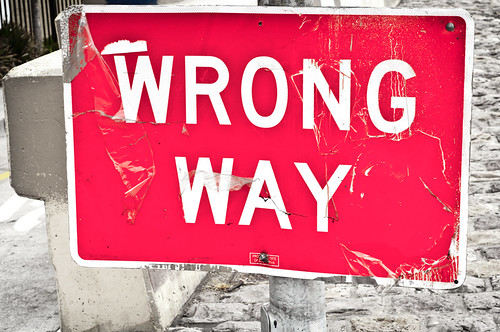 1. Self-publishing is worse than having a small, local publisher.

The last book reviewed by this particular magazine was backed by a very small, regional publisher.

It had what most people would have pegged as a self-pub cover (read: ugly) and exactly one review on Amazon. It might have been a great book (it received a rave review from the publication), but why did it deserve consideration above that of any indie book?

The implication is that we should all use a regional publisher for our books instead of self-publishing, which means we would still have to do all of our own marketing efforts but share our cut with the publisher of record.

I can’t say that I’ve tried to get on with a small publisher, but I have to believe there is a relatively low barrier to entry. Maybe some indie books would get weeded out, but I think more than a few of us would be able to secure the backing of a small publisher if we really wanted to, but other than the slight change in perception, it would not be an advantage to our upstart businesses.

If the last two years with Duolit have taught me anything, it’s that successful indie authors work their butts off. Balancing jobs, families, and loads of other responsibilities, they still manage to be savvy business owners who generate and sell a quality product for profit.

Self-published authors who are truly committed to making a career of their work should not be treated any differently than any other entrepreneur.

If you opened a restaurant in your town, would the local paper refuse to review it because you were a single owner without the backing of a franchise name? Would they let you join the Chamber of Commerce? Would they treat you any differently because you were the soul source of money and elbow grease? Would they care if you didn’t have a financial backer?

It’s not about me or that publication – it’s so much bigger than that.

We all know what’s going on out there.

We know that some great authors are jump starting their careers in self-pub with creative ideas, great talent and hard work. We know that the industry is bending in our direction, especially as more authors realize that they have more control doing it themselves versus going with any publisher, big or small.

When will everyone else realize it?

Look, if an indie author submits a book for review and gets turned down because the target audience doesn’t match with the reviewer’s readers, or the book doesn’t have enough independent reader reviews to warrant media attention, or any other reason that might also result in the rejection of a traditionally published book, I can live with that.

But to completely disqualify every book created by an indie author is a mistake.

What can we do about it?

Don’t get me wrong – we will keep pushing on and we will find a way around those kind of roadblocks because that’s just how we indies roll. And we will do so with a smile on our faces, heads held high, because one person does not represent the industry just like one indie author does not represent for the rest of us.

Still, I would love to hear some ideas from you guys for how we can create a positive campaign encouraging reviewers, interviewers and retailers to at least consider work from self-published authors.

It’s not about the reviewers themselves, it’s about connecting with our readers. Their readers could be waiting for a book like one of ours to come along, so how can we get it to them?