You are here:Home Writing 5 Tips for Constructing Characters

The following was originally posted on March 5, 2010.

Ever read a fictional book that was so good you walked away almost feeling like the characters were real people? Authors who can truly breathe life into their characters are among the most talented. As part of our first annual Character Cavalcade week, we’ve put together five great tips for giving your characters more depth:

1. Create a detailed character profile. Here are two examples (short version, long version) of questionnaires you can use as a guideline. Even though you probably won’t (and really shouldn’t) include all of these details in your novel, it will help you to better understand your own characters, which in turn makes it easier for you to portray them.

2. Use character quirks to break stereotypes. Nobody wants their characters to be considered stereotypical, but a good character quirk can turn a common character type into something unique. Take a socially awkward tech geek and put him in the body of Brad Pitt and suddenly you have a memorable character. Turn a high school cheerleader into a high school cheerleader who can beat the pants off any boy in arm wrestling and she’s a unique individual. 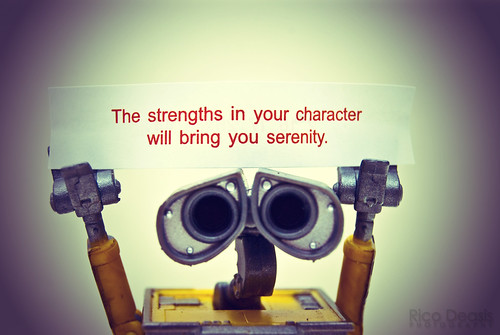 4.  What Would (My Character) Do? Every day we face decisions of both the large and small varieties that shape who we are. Next time you find yourself making a decision (whether it’s what to have for dinner or if you should accept a job offer) ask yourself what your character would do given the same decision. Many times I think we authors find that our characters are the bolder, braver versions of ourselves, but that’s not always the case.

5. Write a bio for your character. Create a biography that covers your character’s life to date including his/her birth and upbringing, performance in school, early dreams and aspirations, college choices, love life, etc. You might even consider writing it from the perspective of a magazine interview or something of the like, even making up quotes from your character along the way. This is a great writing exercise that also helps you get to know your character better.

We hope these tips will help you get started on developing your characters today! If you need more inspiration, try out our YA Character Generator. We hope to build more character generators for other genres soon!