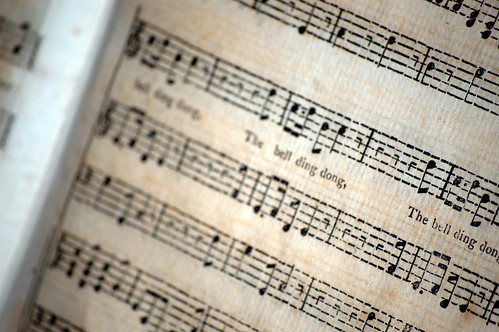 So you’re in the process of writing your masterpiece. Say you’re in the car, contemplating your work-in-progress, and a song comes on the radio. You hear some great lyric that somehow clicks with your manuscript; it applies so well that you want to share it, either in text or as a preface to the work. Or maybe you just have a character listening to or singing the song.

Stephen King does it. Bret Easton Ellis does it. Alan Moore does it. Why can’t you? It doesn’t help that there are hundreds of Web sites out there built on posting lyrics. People quote lyrics, somewhat annoyingly, on their Facebook and Twitter accounts.

Later, when you’re thinking of actually publishing your literary masterpiece, thanks to Kindle’s easy-to-use self-publishing tools, or those of Barnes & Noble’s Pubit, or Apple’s iBooks, etc., you begin to wonder. “Are there any legal ramifications to publishing someone else’s lyrics in my work? It’s only one line, what damage could it do?”

Let me make this perfectly clear. Unless you want to pay royalties to someone else, or you want to limit your print run (self-publishing e-suicide), you probably don’t want to quote lyrics.

I understand. It’s going to be different for you. You’ve heard this before from some other author who couldn’t get the job done. You’re going to quote your favorite artist and that artist is going to think your work is awesome and point to it and say, “Look. This guy quoted me. This book is awesome.”

This was me. I created a character for my book, The Erased, who happened to be an epileptic, who used song lyrics to keep himself from seizing. Not to get too detailed or anything, but in my research, I found that epileptics tend to repeat their name or small phrases to help prevent seizures, and this seemed perfect. This character was obsessed with music, he’s constantly singing to himself. I incorporated lyrics from some favorite artists (Iggy Pop, David Bowie, Joy Division, Lou Reed), but I really didn’t want to go overboard.

When I finished the book, I asked myself that question. What are the legal ramifications, the copyright issues? I tried to justify it to myself. Practically the entire music industry is based on sampling or copying (even if the RIAA fervently pursues every legal recourse against pirates — the hypocrisy isn’t lost on me). It’s an extremely hairy issue. But it’s all totally different if the sampling or copying is authorized. And to get that authorization, you’re going to pay a pretty penny.

The whole process for me was time consuming, confusing, and complicated, just to come to this simple conclusion.

If you’re going to even try, the first thing you’ll want to do is check with Hal Leonard, which is the biggest name in music publishing. They have a searchable database and a form that you can fill out that will help you request the rights to the song you want to quote. But prepare to spend at least $100 per song, no matter how much of the song you plan to quote. This also depends on your desired print run and how much you want to charge for each copy of your book. Considering e-book publication is open-ended, or at least you should hope it’s open-ended, you’ll likely be asked to limit the number of copies you can sell. Once you reach this number, you’ll have to re-up with the contract you’re offered. My price-tag would’ve been somewhere north of the $500 mark.

Sure, you might sell 10,000 copies, at which point, your former contract probably won’t matter all that much, and renewing won’t be too much of an issue. Publishing companies have people in place that can negotiate contracts like this and work in the author’s favor. Doing it yourself adds the risk that you’re going to be taken advantage of.

This seems like the easy route, in all honesty. To get this far, I e-mailed several management teams of the different artists that I wanted to quote. Sometimes this information was extremely hard to get, since certain artists have been defunct for years. Other artists had management and contract issues long ago, so one song might be owned by three different companies. Artists who don’t work with record labels anymore might have their publishing rights distributed strictly through lawyers.

This sort of thing doesn’t only apply to song lyrics, but also quotations from authors in copyrighted works. I was able to secure a few lines from an author due to a gracious publisher who was easy to contact. If you’re going to go this route, be sure to include all the pertinent information about your manuscript — the price you plan to sell, the quotation you want to use, and you may even want to mention any other quotes from other authors that you want or plan to use.

Honestly, if that publisher hadn’t been so nice and quick to respond, I don’t think I would have pursued the lyric quotations like I did.

You do have other options. Song titles are not song lyrics, and titles are not copyrightable; neither are names. This may be why some book and movie titles end up stealing the titles of famous songs. If you can squirm it naturally into the text, consider referring to the song you want to use this way. This can evoke just as much emotion as actual lyrics if you do it properly:

“Dad’s telling me that he’d like to listen to ‘She Blinded Me with Science.’ Mom’s shaking her head and suggesting something from David. ‘Hang On To Yourself.’ Or maybe it was ‘The Man Who Sold the World.’ Tough to tell, looking back.

This route isn’t for everybody, and to be honest, I’m not exactly sure that it works. The way I understand the copyright law, it’s like this: you’re referring to a song title (not copyrightable) in a fairly innocuous way, without slandering the creator of the music. Since you’re not slandering anyone, they probably don’t mind their name being mentioned. Beyond that, as a self-published author, your book’s not likely to make a lot of waves and the named artist will never notice it anyway. But make no mistake: there’s a big difference between referring to a song title and using a copyrighted song lyric.

Maybe you’d be better off making up a different set of lyrics by a fictional musician that you create. Sometimes that isn’t as sexy as paying homage to someone who’s inspired you. It also adds to the suspension of disbelief — real people wrote real songs to which your characters refer. Maybe instead of quoting, you could describe what the song sounds like instead.

You can also consider quoting something in the public domain. Almost anything 90 years or older is in the public domain — you’re free to quote it or use it as you will. This is why the field of literary mash-ups (books like Pride and Prejudice and Zombies) has become so popular in recent years. But this is tricky for different countries and different publication dates: see this List of Countries for their copyright length.

Also, if you plan on quoting anything in your novel that could be considered copyrighted material, get yourself a book on literary copyright law. This can help you navigate the sticky legal issues without having to consult an intellectual property attorney. These laws have become even more complex in the Internet age. If you go this far, you can possibly consult the Volunteer Lawyers for the Arts.

But here’s what you’re probably going to hear from other authors, even though you see the greats do it all the time: consider not using the lyrics at all. Ask yourself in each instance: what does this truly add to the story? You’re a writer. Why do you need to rely on this crutch?

Grant Piercy recently published his debut science fiction novel, The Erased, about a wrongfully detained prisoner tasked with repairing a broken android. It’s currently available as an e-book through Amazon’s Kindle store. He grew up in north central Illinois, but currently lives in Columbus, Ohio with his wife and two dogs. He also enjoys discussing topics ranging from Nine Inch Nails and Gary Numan to the future of artifical intelligence on his blog.