You are here:Home Writing Character Name Creation: What’s Your Process? 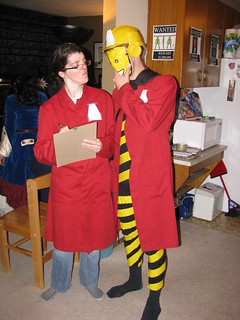 We’re all familiar with the Romeo & Juliet line: “What’s in a name? That which we call a rose by any other name would smell as sweet.” While it may be true that roses would still be beautiful in sight and smell no matter what we called them, I’m not sure how many would get sold on Valentine’s Day if they were called goobles. A dozen goobles just doesn’t have the same ring as a dozen roses.

The same can be said when you’re picking the character names in your novel. For me, picking character names is my absolute favorite part of the writing process. I probably but more time and effort into than I should, but in my mind, the name is the foundation upon which you build character. I have skimmed book summaries and made my decision on whether or not to read it based on the character names.

Admittedly, this isn’t the best practice and almost caused me to miss out one of my favorite series’ by Harlan Coben starring Myron Bolitar. I didn’t think I could love a character named Myron–especially not when he was supposed to be an ex-basketball player turned crime-fighting private investigator. But Coben artfully uses the name to give Myron a softer side that gives him an added dimension (he’s not your typical jock, he drinks Yoo-Hoo and makes fun of himself) and makes him more lovable.

If you’re struggling to come up with some solid character names, the Internet has some great tools and advice that can be a huge help. One of my favorite resources for names is babynames.com. Not only can you search names by first letter and gender, you can also look for names by ethnicity, popularity and more. Plus they even offer some great advice geared specifically for authors, like:

There is another option if you’re just pulling your hair out trying to come up with a great character name, I happen to love the Random Name Generator. Even if you have a first name, this little tool can help give you a surname. You can adjust the obscurity factor (which goes from 1 to 99) to see names that are more or less common.

If you have any other ideas or suggestions or some success stories on how you came up with your character names, feel free to share in the comments! We authors have to stick together sometimes