You are here:Home Marketing & Promotion 5 Commandments of Target Markets (or, Find the Bullseye Before You Shoot)

5 Commandments of Target Markets (or, Find the Bullseye Before You Shoot)

On our recent excursion to Disney World, we began our day of adventures in the Land of Mouse with a little friendly competition on the famed Buzz Lightyear ride. And when I say friendly competition, what I really mean is a cutthroat contest of wills with the most important prize of all on the line: pride. 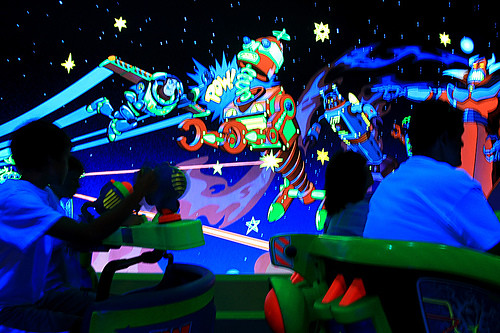 If you’ve never experienced the glory of Buzz, let me explain the concept: A line of two-person cars moves slowly through the blacklighted landscape of Emperor Zurg’s world while the car’s occupants use laser guns to shoot at thousands of targets placed throughout the ride. You can spin the car 360° but can’t change the speed of the ride or manipulate any of the targets (many of which are moving themselves). At the end of the ride, your score is displayed. High score wins. Low score is mocked for the rest of the day.

My strategy was simple: Pull the trigger as many times as possible while swirling the gun around for maximum coverage. Since there’s no penalty for misses, I figured a mass spray was the way to go. At the end of the ride, I proudly smiled at my score (49,980) and turned to Toni in the car behind me, ready to boast about my win.

While I was randomly spraying the room with laser shots, Toni was specifically aiming for the moving targets around the room that were worth more points. She probably hit half the targets that I did, but hers counted for more.

Here’s what you should take away from this: In the marketing world, Toni’s targeted strategy is the one that will get your self-published book on best-seller lists, not mine.

I’ve marketed sports teams, small businesses and aspiring writers, and across all three mediums there is one thing that all three have in common: They don’t know who their target market is.  This is such a major issue that we’ve decided to devote a series of blog posts to finding your target market.

Today, we’re going to lay down the Five Commandments of Target Markets (so listen up!):

#1: You will not target everyone.

No matter what genre or subject matter your book deals with,I can promise you that your target market is NOT everyone. It’s not everyone in America, everyone in Florida, or even everyone in the town in which you live. For pete’s sake, that’s not even Wal-Mart’s target market. 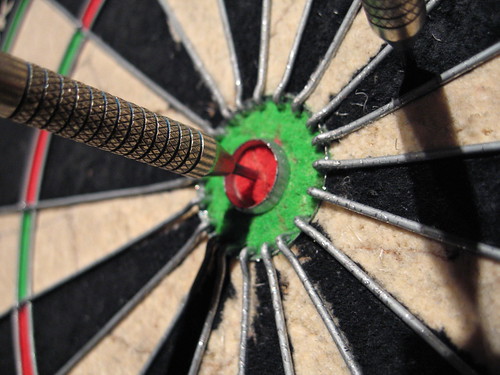 #2: You will know your target market BEFORE you begin writing.

Because your target market determines your price, cover design, writing style, working title and almost everything else related to your book, you have to know your target market before you get started. General Mills doesn’t create a cereal and then wonder who will want to buy it, they see a demand and make a cereal to satisfy it.

#3: You will target one group, but know that other people can still buy your book.

Just because you target a specific group of people with the majority of your marketing budget doesn’t mean that no one else will buy it. ESPN the Magazine’s target market is 18 – 30 year old men, a demographic that probably makes up 90% of their readership, but that doesn’t mean there aren’t any females who buy the magazine.

#4: You will learn the best way to communicate with your target market.

#5: You will constantly refine your target market.

Unfortunately, this isn’t a process that you will likely get right on the first try. Even here at Duolit, Toni and I are constantly evaluating and re-evaluating our target market and the means we use to reach them. Without a high budget research process, there’s a certain amount of guesswork involved in determining who will buy your product. If you try one direction and fail, try again. There are thousands of niches out there, with a little hard work, you will find yours!

What do you guys think? Do you have an stories or advice on finding target markets for your books? It’s certainly not an easy process, but when done right, it can lead to staggering results. Look for our series on target markets to continue next week, including a how-to guide from me on cutting down your target market!