You are here:Home Marketing & Promotion The Slap-Your-Head-Simple Secret for Selling More Books 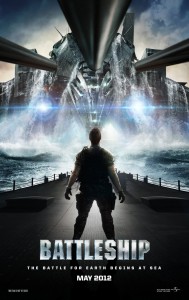 If you’re drawing a blank, I’m not surprised.

Released all the way back in May, the movie is based on the classic board game, which is fun, but not quite deep enough to plot even a summer movie.

So, they added Liam Neeson (who I hope just needed the money), the Nordic-looking vampire from True Blood, singer/celebrity Rihanna and…aliens. Yes, aliens.

Think there’s no way that movie could possibly be good? You’re right. It currently stands at a 33% on Rotten Tomatoes. And some of those positive reviews “praised” it only for not being as bad as expected.

As a result, Battleship made back only 30% of its production budget. A genuine flop.

For a big movie studio, that’s a disappointment, but not the end of the world.

As an author, however, making only 30 cents for every dollar spent could prevent you from ever publishing again.

Unfortunately, book flops are common. An oft-cited statistic is that 80% of published books (indie or traditional) sell fewer than 100 copies.

What if I told you that I know the reason for those flops? And, even better, I know what to do to make sure it doesn’t happen to you. It’s a secret so simple that (I promise) you’ll do a *headdesk* when you read it.

Before we get to that simple solution, let’s discuss the problem. It’s rooted in the traditional publishing process, which probably looks pretty familiar:

Even taking out my cheeky “cry” comment, do you see the problem with the above? To compare, check out this alternative process:

In process number two, you have a built-in fanbase ready to buy your book when it’s released! Which rocks, right?

Have you guessed the secret?

Begin marketing before you release your book.

I told you it was simple! That single rule combats the number one problem I see among indie authors: the separation of the writing process from the marketing process.

It’s a huge shame! The writing process is the perfect time to begin building both momentum and your fanbase!

Anticipation is your ally.

I’m not going to lie, the Olympics have me totally obsessed — did you SEE the hoopla with that poor South Korean fencer? Seriously, though, why are they such a big deal? They only come around once every four years. There’s 3-years-and-50-weeks of buildup (and anticipation) for that one event!

Your book release is your Opening Ceremony, your very own epic event: work to make it that special!

So, how do you go about building the momentum for your epic book release?

1. Start building a fanbase at least 6 months before your book is released.

Yeah, six months might seem like a long time. Trust me, though, the more time you give yourself to build up your fanbase, the better. This also gives you plenty of time to revise, edit and polish your work!

“But I already released my book!”

If you sold less than 100 copies, pretend like you didn’t. I’m serious! If you don’t want to go the revisionist-history route, release a second edition 6 months down the road with some sort of added bonus. That could be:

Think of this re-release as your book going back in the Disney vault. You know how you want to buy Robin Hood as soon as they put the blasted thing back in the vault? This principle of scarcity is another one of your allies.

Now that you’ve planned that release (or re-release) date, use the principles of reader-centered book marketing to build up your fanbase.

If you’re thinking that 6 months is a long time to keep readers interested, I’m right there with you. Here’s how you do it:

To communicate with your fans, create a mailing list and give your signup form a prominent spot on your website. When folks sign up, send them a free sample chapter, short story or other (valuable) freebie.

The key? Make your freebie something quick and awesome. Don’t send them a 200-page tome from your backlist! Showcase your awesomeness through something quick to read that makes them decide they want to hear more from you.

Now that you’ve got folks on your list, plan to send out a weekly or bi-weekly email with (key point alert!) something of value.

Our attention is so divided nowadays that as soon as your reader stops receiving value from your emails, they unsubscribe. But, don’t freak out about making each email epic. Providing value doesn’t have to be complicated! You could:

Basically what I’m saying is don’t endlessly spam/annoyingly promote. One tip to make things easier: write your updates like you’re writing an email to a friend. Jazz up your readers: get them excited about your book, the characters and the release!

3. Begin gathering reviews at least 3 months before your book is released.

Shannon has a great post on the do’s and do-not’s of requesting book reviews, but, in addition to those tips, think of how your fanbase can help out.

A few months before releasing your book, offer up 25 free copies of your book (via an electronic advanced reading copy) in exchange for reviews.

Encourage readers to follow through by offering a reward: this could be chosen at random or for the best review (it’s up to you). Something like an Amazon gift card, a signed paperback copy or a specially-packaged limited edition (more on that later) all work well.

A month before your release, begin taking preorders. Make preordering an awesome deal for your fans!

Your goal with preorders isn’t to make a ton of money — you will be rewarded in other ways. A successful preorder builds up excitement for the official release while encouraging your early-adopters to read the book, leave reviews and spread the word.

A few ideas on creating a special preorder:

Even this preorder release should be an event! It’s like a dry run for the REAL release, so don’t be afraid to go all out.

5. Release the heck out of your book.

Warning: the week of your release will make you want to cry — out of both exhaustion and relief! You’ve (finally) made it, but your work isn’t over. To escape that 80% trap, finish strong!

Be everywhere your readers are! Show them why they should be your fan — don’t tell (kind of like writing, right?)! In every interview, guest post, Q&A and whatever else, share something new and valuable. Make being a part of your fanbase exciting and exclusive!

What do you think? Is building up your fanbase before releasing your book a great idea or huge mistake? How did you make your book release an event? Are you a part of the 20% Did you actually pay money to see Battleship? Let me know in the comments!